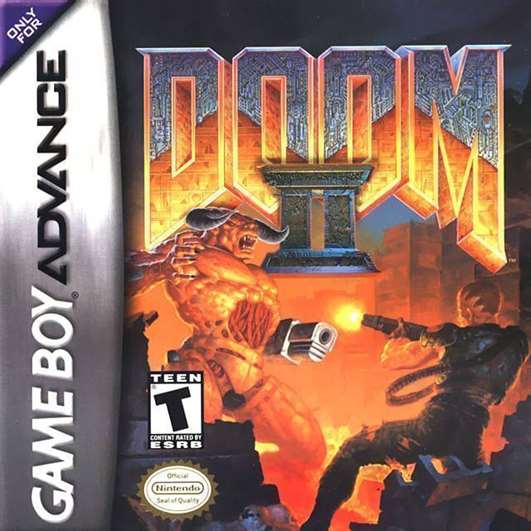 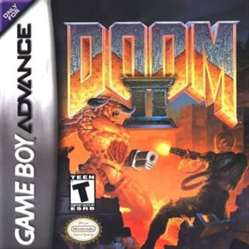 Doom II: Hell on Earth is a first-person shooter video game, the second title of id Software’s Doom franchise.[2] It was originally released for MS-DOS computers in 1994 and Macintosh computers in 1995. Unlike Doom, which was initially only available through shareware and mail order, Doom II was a commercial release sold in stores. Master Levels for Doom II, an expansion pack that includes 21 new levels, was released on December 26, 1995 by id Software.[3]

Due to its success and popularity, Doom II was later released for the Game Boy Advance in 2002, the Tapwave Zodiac in 2004, and on Xbox Live Arcade in 2010.[4][5] The release of the original Doom source code has facilitated ports to many other platforms, including the Apple iPhone and several other types of cell phones.Doom II was not dramatically different from its predecessor. There were no major technological developments, graphical improvements, or substantial gameplay changes. Instead, the development team took advantage of advances in computer hardware since the release of the original game that allowed them to do more with their game engine by making much larger and more intricate levels. The game still consisted of the player navigating large non-linear levels. Each level is infested with demons that can be killed with a variety of weapons that can be picked up throughout the game. Levels are completed by finding an exit, whether it be a switch or a teleporter; the goal is simply to advance to the next area. As with its predecessor, Doom II’s levels can be completed in a straightforward fashion. However, because the levels are non-linear players can wander off the beaten path, and those that do are often rewarded with bonuses, like health pickups and more powerful weapons. Due to the larger and more complicated maps with larger groups of monsters, the game had somewhat higher system requirements than the original.

Rather than the player playing through three related episodes as in the first Doom, gameplay takes place over one giant episode, albeit with interludes for when the story develops. Instead of watching the player’s progress on a map (as in the original episodes of Doom), the screens between each level simply show a background (a style carried over to the bonus fourth episode of Doom available in The Ultimate Doom, the retail re-release of the original Doom). This also means the player is never forced to lose all of his or her inventory after completing an episode.
Download ROM