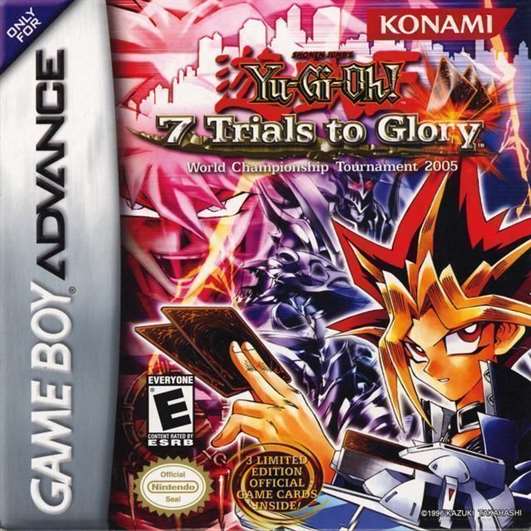 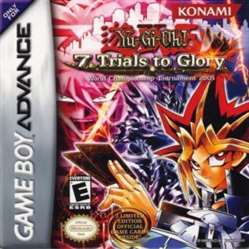 Yu-Gi-Oh! 7 Trials to Glory: World Championship Tournament 2005, known as Yu-Gi-Oh! Day of the Duelist: World Championship Tournament 2005 in Europe and Yu-Gi-Oh! Duel Monsters International 2 in Japan, is a Yu-Gi-Oh! game for the Game Boy Advance. Light and Dark clash in a town where everyone waits to Duel. Battles take the place of words and only the best will win tournaments where glittering trophies await the victor.

The game features 1000 cards (105 traps, 220 spells and 675 monster cards) to collect and Duel with. Polymerization and Dark Magician are available with 2 different artworks which count as different cards.

DP (Duelist Points) can be earned by winning Duels and can be used to purchase new cards. Upon winning a duel, DP is rewarded as follows:

In Shadow World, the reward is 5x the normal reward.
Download ROM